Young Man Invited 89-Year-Old Dying Neighbor To Live With Him So She Doesn’t Spend The Last Years Of Her Life Alone.

This is the story of two unlikely best friends Chris Salvatore, 31, and Norma Cook, 89. Their friendship started long before Nora became terminally ill but it was during her final days that they became completely inseparable. Chris couldn’t bear the thought of Norma being alone in her apartment even though she lived just across from him, so he asked her to move in. Here’s how their story went.

It All Started With An Unlikely Meeting 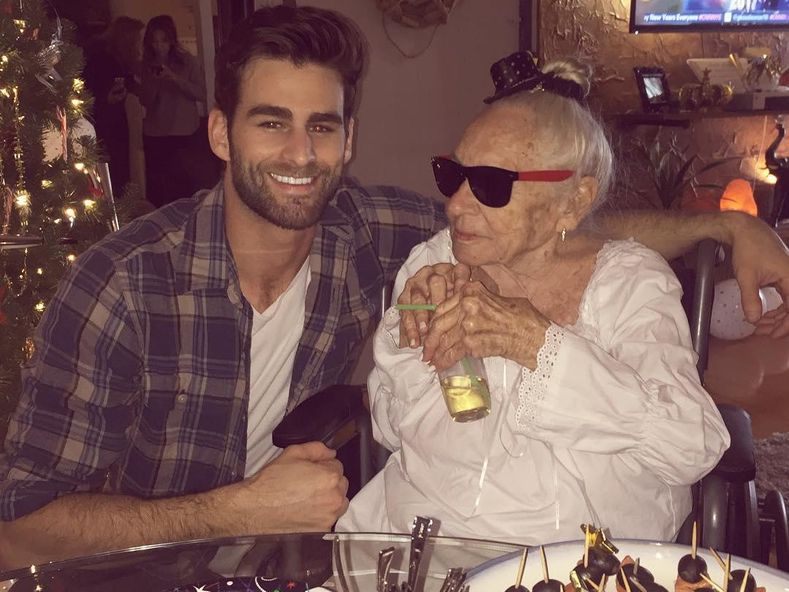 Chris, a Hollywood actor, and singer likely didn’t expect to form such a close bond with someone as old as his grandmother. Norma was once an anterior decorated and now lived in the same apartment complex as Chris, just across the hall. She used to wave to Chris from her Kitchen window as he left his apartment.

Finally one day he decided to ask her if he could come in to chat. In an interview with The Today Show he explained: “she just seemed so sweet, she offered me a glass of champagne, and it was like this immediate friendship. ”

That was over five years ago. It doesn’t matter how far along you are in life, sometimes there’s no denying that some people come in and out of your life for a reason, almost like fate. When this pair met, they had no idea how much they needed each other. Chris remembers going through a breakup at the exact time he met Norma: “I was depressed and I would sit and talk to her for hours. Just knowing she was there and listening to me made me feel better, she was able to help me through some dark times.”

That first meeting led to the duo hanging out every day, cooking together over endless conversations. They say that they became best friends immediately and loved to talk about fashion and food most of all. Behind the scenes, Norma was battling leukemia. She was diagnosed 10 years prior. She was in and out of the hospital all the time, sometimes six times in one year. During her last visit, her doctor gave her the news that she only had a few months to live. She refused to do more cancer treatments and didn’t want to be placed in a facility.

The doctor told her that she couldn’t go home unless she had 24-hour home care. The thing is Norma didn’t have any family in the area. She had been divorced since she was 43 and didn’t have any children. So Chris, decided he wanted to step in and become her primary caretaker. He to make her feel “so loved” every day. 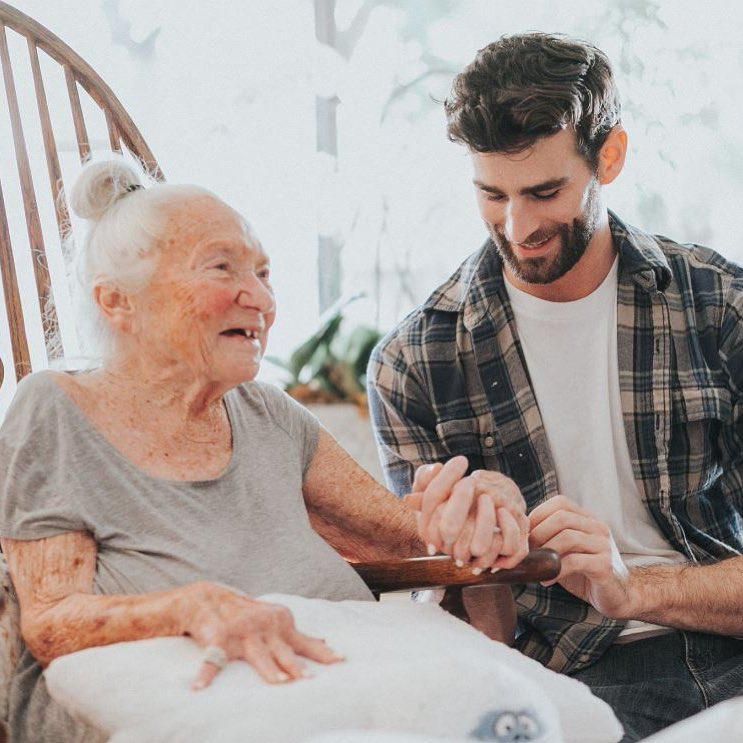 Chris felt like being in Norma’s life was his calling and purpose in life. He knew that with her health rapidly declining, she may need a lot of assistance even if she didn’t have a lot of time left. But, Chris considered her his “soulmate and bestie” and taking care of her was his priority.

Chris explains: “now it’s my job to make her feel comfortable and at peace and not lonely, I’m giving her a gift of passing on and being at peace and having a good time in her last few months.”

The Power Of A Community There were still a few steps left before Chris could bring Norma home. First, he had to become Norma’s power of attorney and primary caretaker. Then he needed to find a way to support himself and Norma, as well as Norma’s expensive medical expenses. After all Norma’s home care was not covered by his insurance.

So he started a GoFundMe page to raise money for the necessary costs. He used his growing popular social media platform to share the hashtag MyNeighborNorma where his followers could get a glance of their friendship and help support Norma’s care. The fund has accumulated over $77,000 to date, showing how much of an impact a community can have when it comes together. Unfortunately, since Chris’ story was first discovered, Norma passed away. Her loss was felt not only by Chris but by the whole community who had grown to love, admire and support their friendship. On the morning of his passing, Chris shared this heartfelt goodbye with his community

“I wish my Norma was still here in this physical world but she lives forever in my heart.​ It’s been really difficult not having our daily talks and hearing her sound words of advice. Grief turned into isolation, anxiety, and depression and I’m still learning to cope… Life isn’t always easy but I’m grateful for all the love that I have been given in this lifetime. I’m grateful I got to spend those last 5 years with her. Gratitude can be very healing. “

A Woman Was Sitting In Her Front Garden. What Follows Next Is Truly Hilarious.

Can you find the ten animals hidden in this mind-melting optical illusion? Most people can’t see them all

You Have ɑn Extremely Sharp Brɑin If You Can Find The Odd One Out.

Can You Solve This Riddle? Many People Failed.